Skip to content
Four years ago today I had one of the most amazing and rewarding experiences of my life. I had an awesome homebirth. It was what I needed to heal from some less than ideal birth experiences. It was my first VBAC after 3 c-sections. For those who haven’t heard or read the story, I’ve posted it below the pictures.
Titus has been such a blessing to our family. He is challenging some days with his strong opinions and preferences but he is oh so wonderful in our family. He has a stubborn streak a mile wide but he also loves and cares so deeply for those around him.  I look back at the day he was born and am so thankful for the prayers God answered that day. We continually praise Him for the blessings He’s given us and His provision. We are thankful that God allowed Titus to be born at home (something we prayed for daily from the day we found out we were pregnant)  and so thankful that we have been blessed with 5 happy healthy boys.
Below are a couple pictures from the day he was born and the days following and some more recent pictures too. 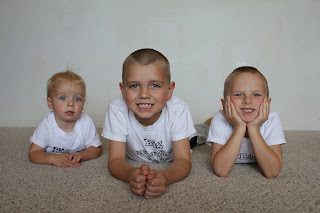 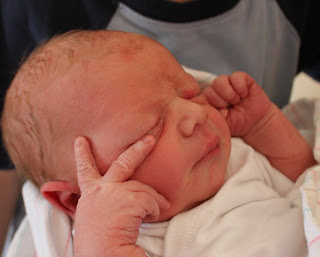