I was thumbing through my Bible this week and stopped in the book of Luke. In chapter 1 it talks about Zacharias being made mute because he didn’t believe that his wife (Elizabeth) would have a child. But the interesting thing to me wasn’t so much that he couldn’t speak, but that he still couldn’t speak right after the birth…his mouth wasn’t opened for 8 days until after his son (John the Baptist) was born (on the day his some was circumcised).

Can you imagine going 10 months without talking? And back then it’s not like he could just type out his thoughts quickly on a keyboard. The time he must have had to think. Not only that but the time his wife must have had to think, I mean the house would have been pretty quiet. (She also kept herself in seclusion for 5 months after becoming pregnant).

What do you think the first words you would say be after not talking for 10 months and after witnessing the birth of your first child? Zacharias had time to think about what he was going to say. He could have been making a list of all the people he wanted to set straight, or he could have wanted to tell his wife and son how much he loved them. But he didn’t. He praised God. Seriously. After being made mute by God, he praised him right after he got his voice back. 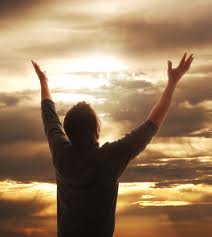 Luke 1:59-64
59 And it happened that on the eighth day they came to circumcise the child, and they were going to call him Zacharias, after his father. 60 But his mother answered and said, “No indeed; but he shall be called John.” 61 And they said to her, “There is no one among your relatives who is called by that name.” 62 And they made signs to his father, as to what he wanted him called. 63 And he asked for a tablet and wrote as follows, “His name is John.” And they were all astonished. 64 And at once his mouth was opened and his tongue loosed, and he began to speak in praise of God.


I’m not sure why, but as I read and it hit me. I started to think about being quiet. Are there times when God is just telling me to be quiet? Be still and listen, think, pray. I’m not the quietest person, but I’m learning to be. I tend to be a verbal processor when it comes to big decisions or even thinking about big decisions. I have to talk about it, and sometimes I have to talk it to death.

But it seems like God has been teaching me lately to be quiet. To just bite my tongue, sometimes literally, listen and wait. There are times when I’ll bring an issue up to Kerry and God will tell me “okay, you’ve said your piece now be quiet”. My mouth comes open to say something and I’m reminded again “shhh. You’ve already said that.” So I keep it to myself. It’s been interesting to watch how God works when I’m willing to be quiet. Often times He’ll resolve the situation without me ever having to say another word. 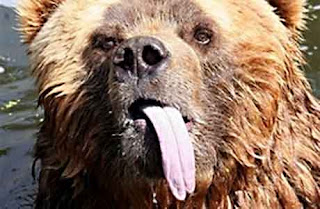 The other thing about the story of Zacharias though, is that when he could speak again he PRAISED God. Interesting. It struck me, how quick am I to praise God? When I pray, do I praise Him or do I just go right into my list of wants, concerns and worries? When those issues that I’ve been so quiet about are resolved or prayers are answered…do I immediately praise Him? I might say “thank you”, but praise is so much more than that I think. Praise is reflected not only in our prayers and with our mouths, but is also reflected in our lives a
nd actions.

The story also reminded me that every good and perfect gift comes from God (James 1:17). And convicted me that I should be more thankful for those things that come from Him. When I open my mouth, I should open it with praise for my God, even when things are difficult. 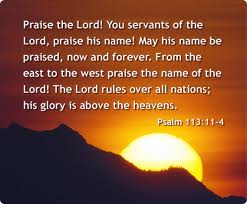 One thought on “Be Quiet”